Version 0.13.2 will be coming out on Friday, bringing with it all the v0.13 content to the free edition of the game at long last! I will be creating a separate post for patrons detailing just what’s new in v0.13.2 soon, but this post will be detailing everything that’s coming to the free edition, for the benefit of free players, who haven’t received an update since v0.12.2.

Four new requests and a small amount of new story content have been added. 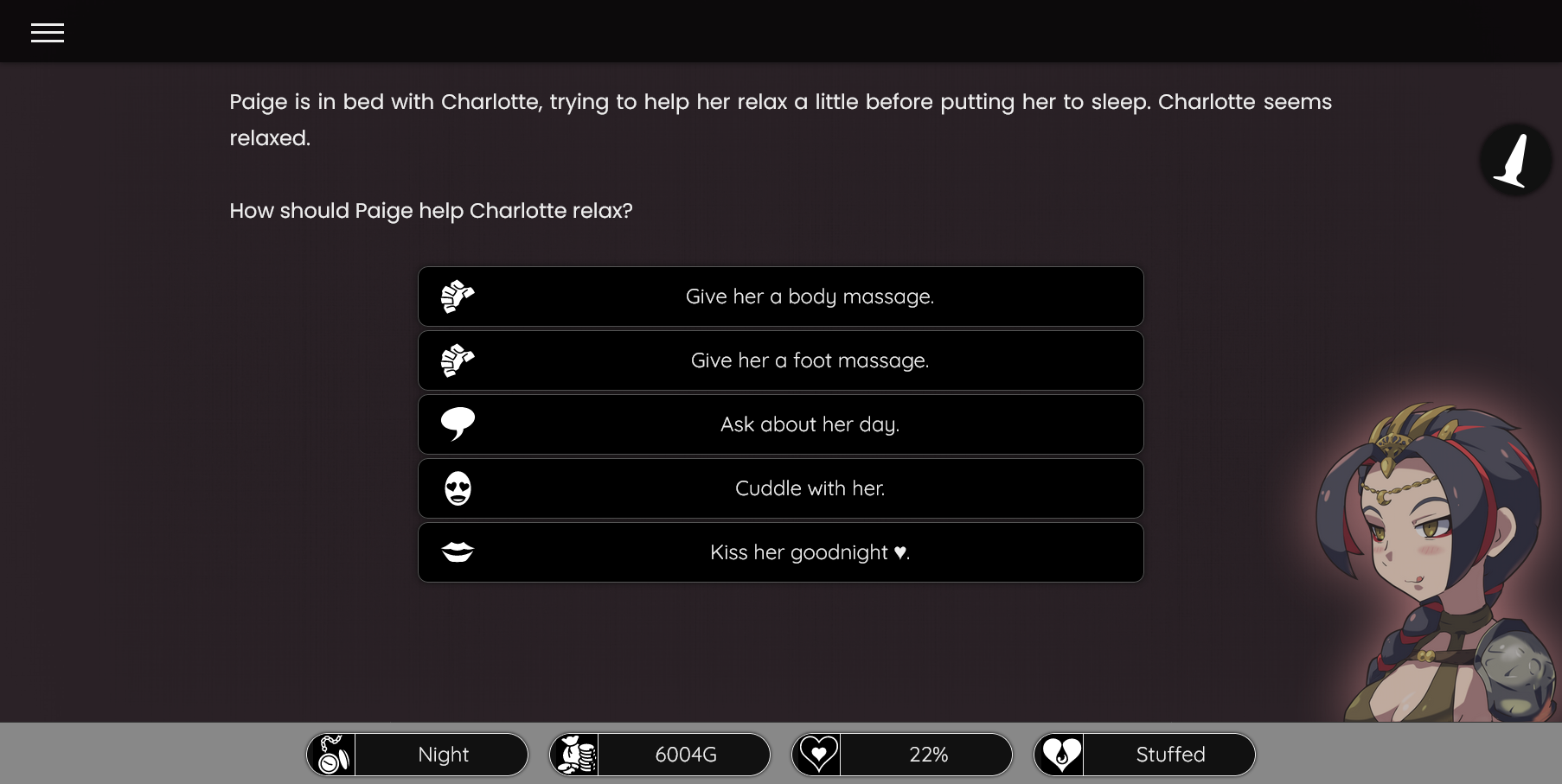 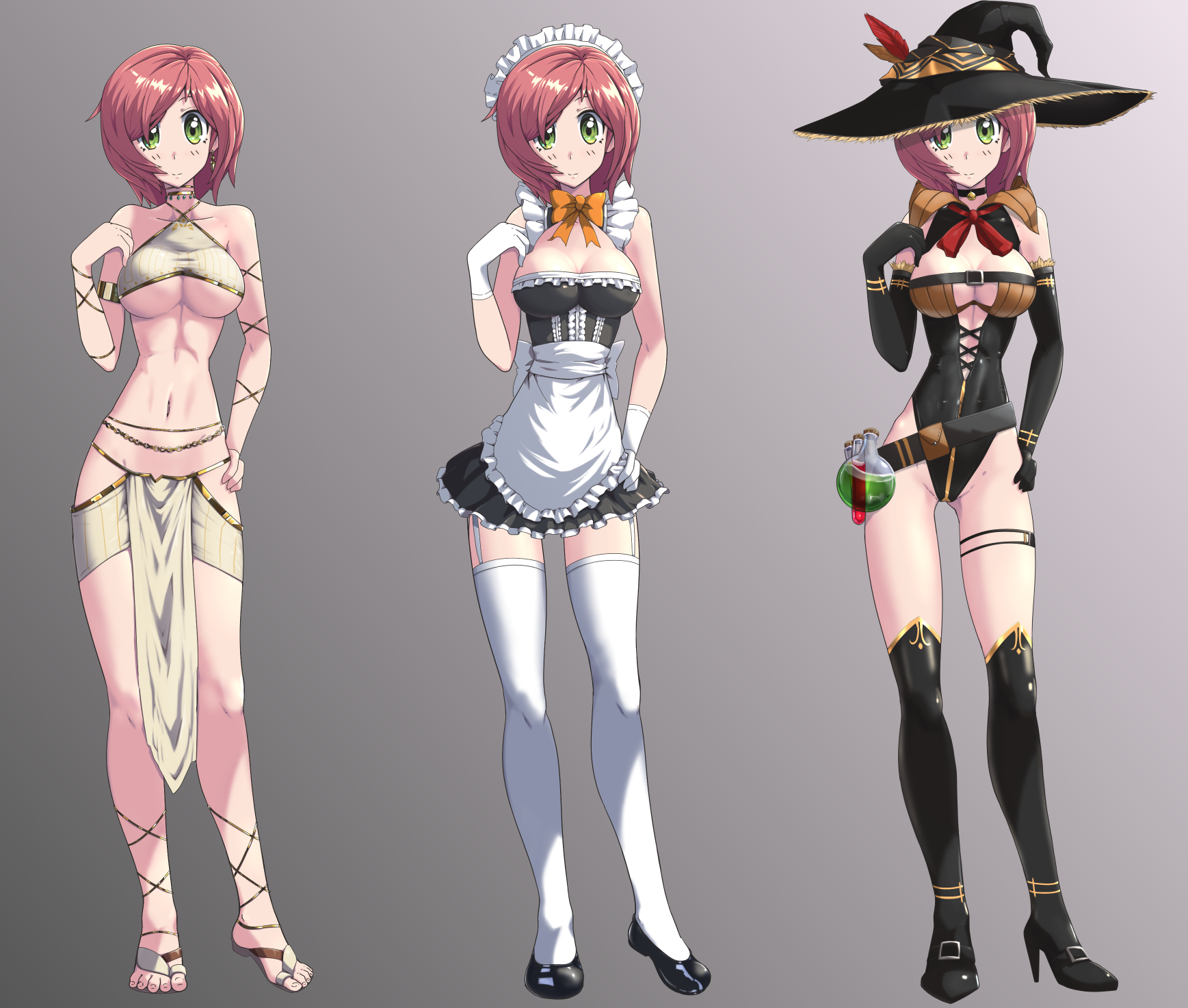 All new status and character portraits have been added to the game, replacing the old ones. This new artwork supports the new outfit system.

While some of the new outfits are patron edition exclusives, three outfits will come to the free edition (pictured above). These outfits need to be unlocked before they can be used; visit the wardrobe at home and click on an outfit to see it’s unlock conditions. 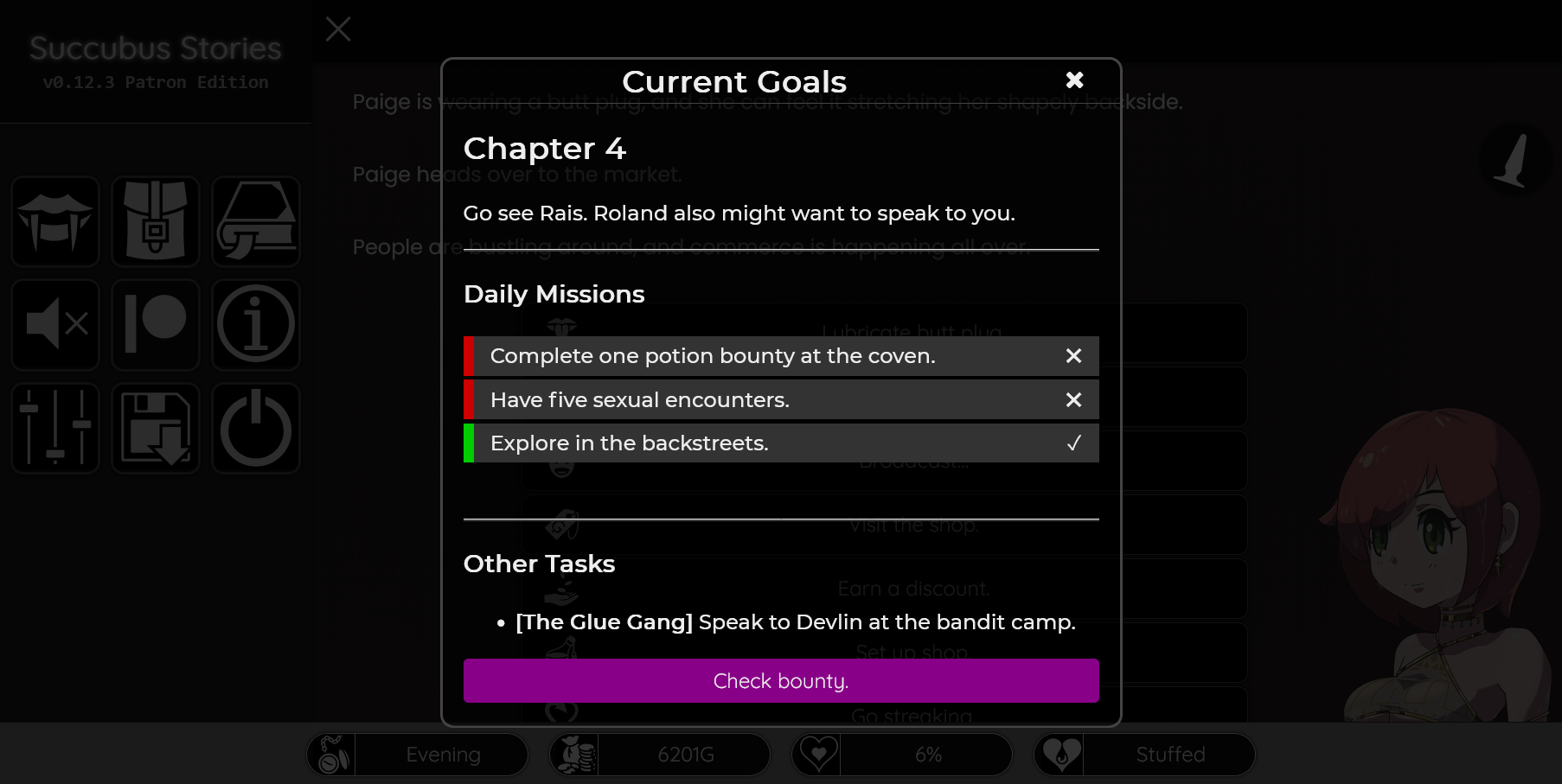 A new system for daily missions has been added. Players will receive three missions to complete each day (real-life, meat-space days). These simple tasks will reward some G and a small amount of rare materials when turned in. Use the Journal (hotkey: E) to view and turn in daily missions. More involved or longer requests will grant improved rewards.

Currently, there are no rewards for completing all three, but I may change that in the future, perhaps by rewarding TP (trait points) or or something of similar value. 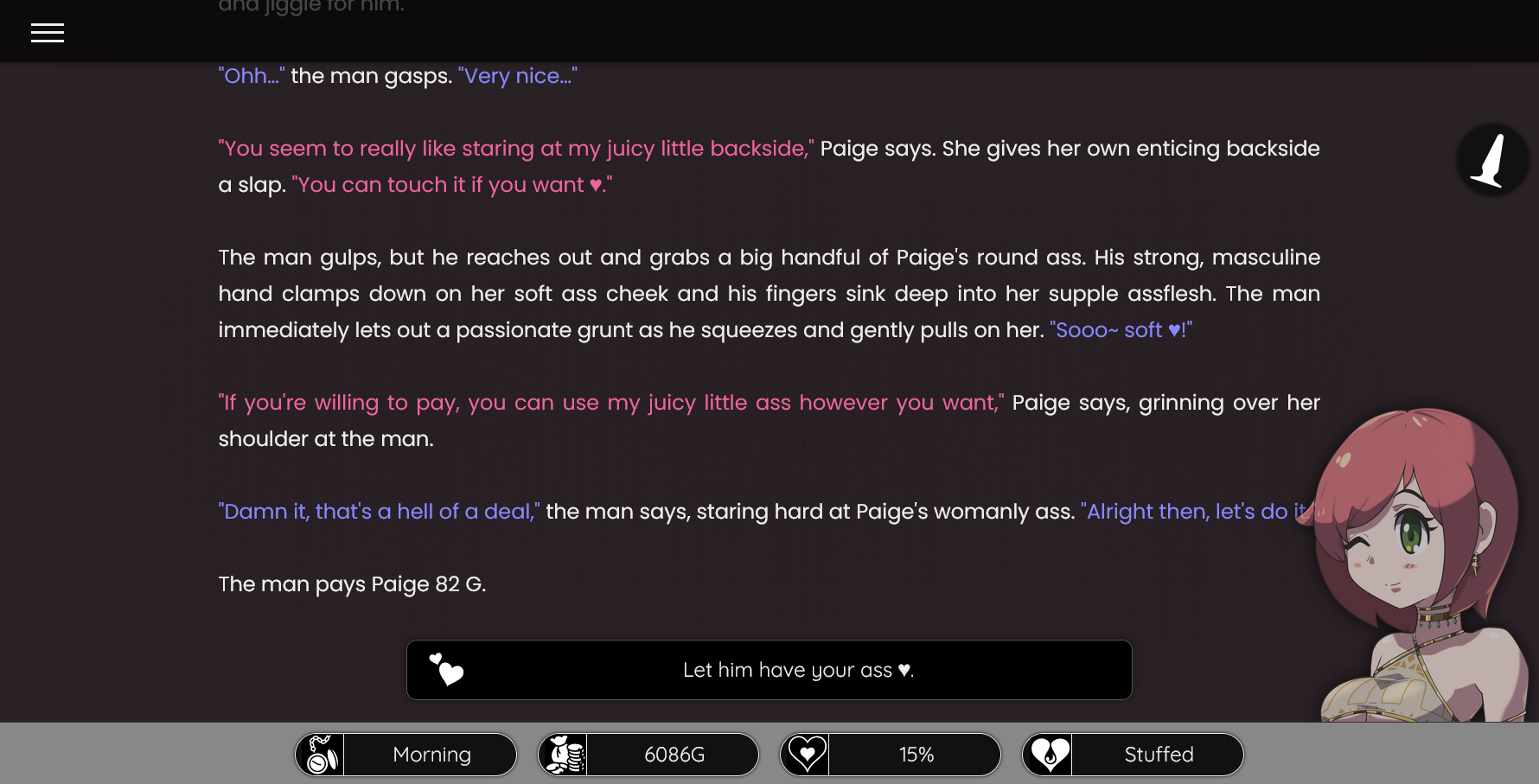 After completing a request added in this version, you will be able to purchase a selection of potions from the market, including some unique potions that can only be purchased.

A new tier of potions has been added, introducing the new “Inseminal” potions that connect to the new pregnancy/birth content. 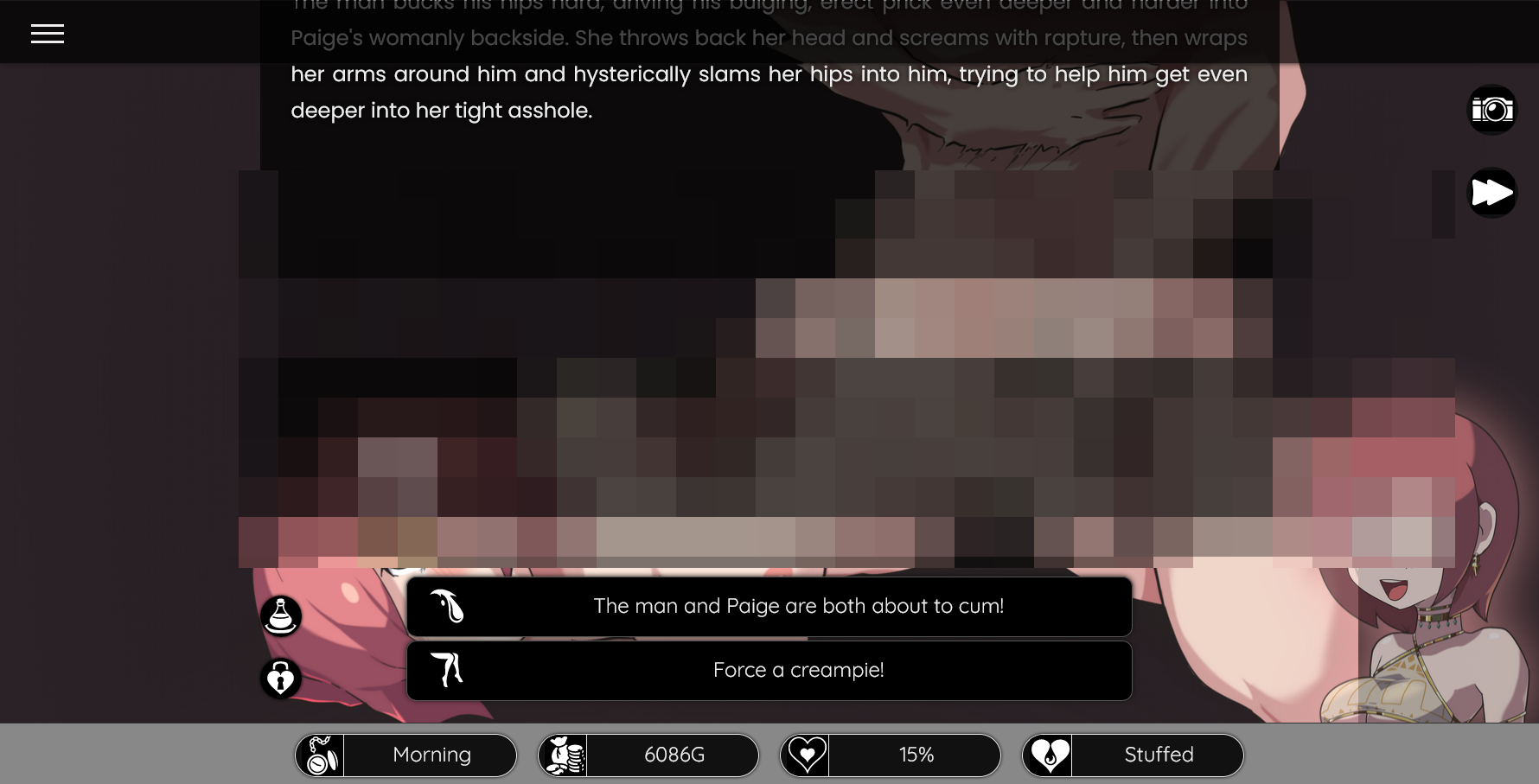 Demonic eggs, gained from pregnancy and birth, can be used on male partners during encounters. These will cause partners to gain additional energy, meaning they can have more orgasms before getting tired. 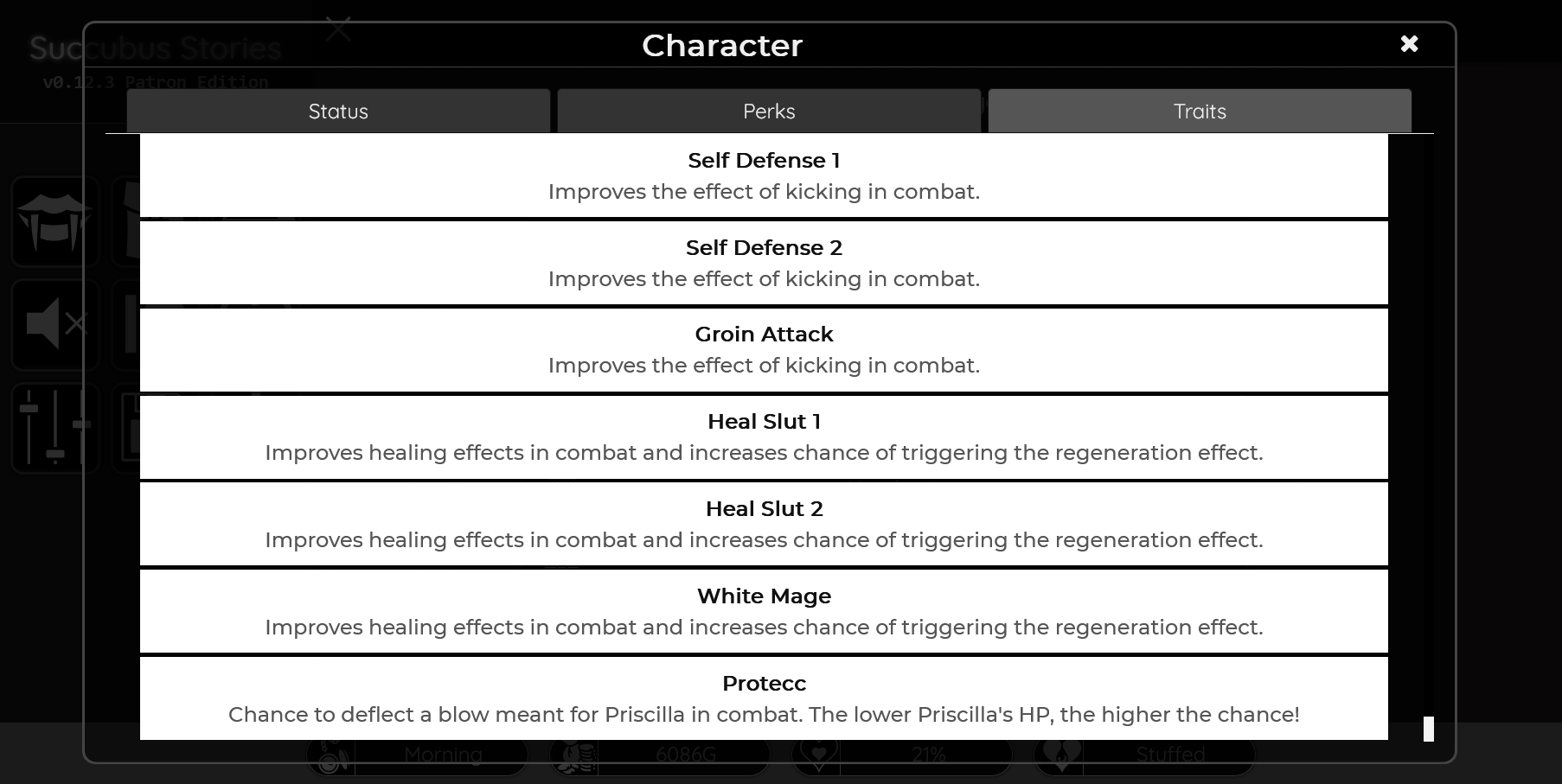 Most health-restoring potions now have a chance to grant the “regeneration” status, which causes a small amount HP (10 to 20) to be restored passively over time. Higher quality potions have a greater chance of granting this status; the odds range from around 20% for sperm scooped off your own body to 85% for “amrita” potions. The status lasts for at least one turn, and has a growing chance of ending on every turn after the first. This should help free up players a bit in combat to try to engage in some actions other than just healing. 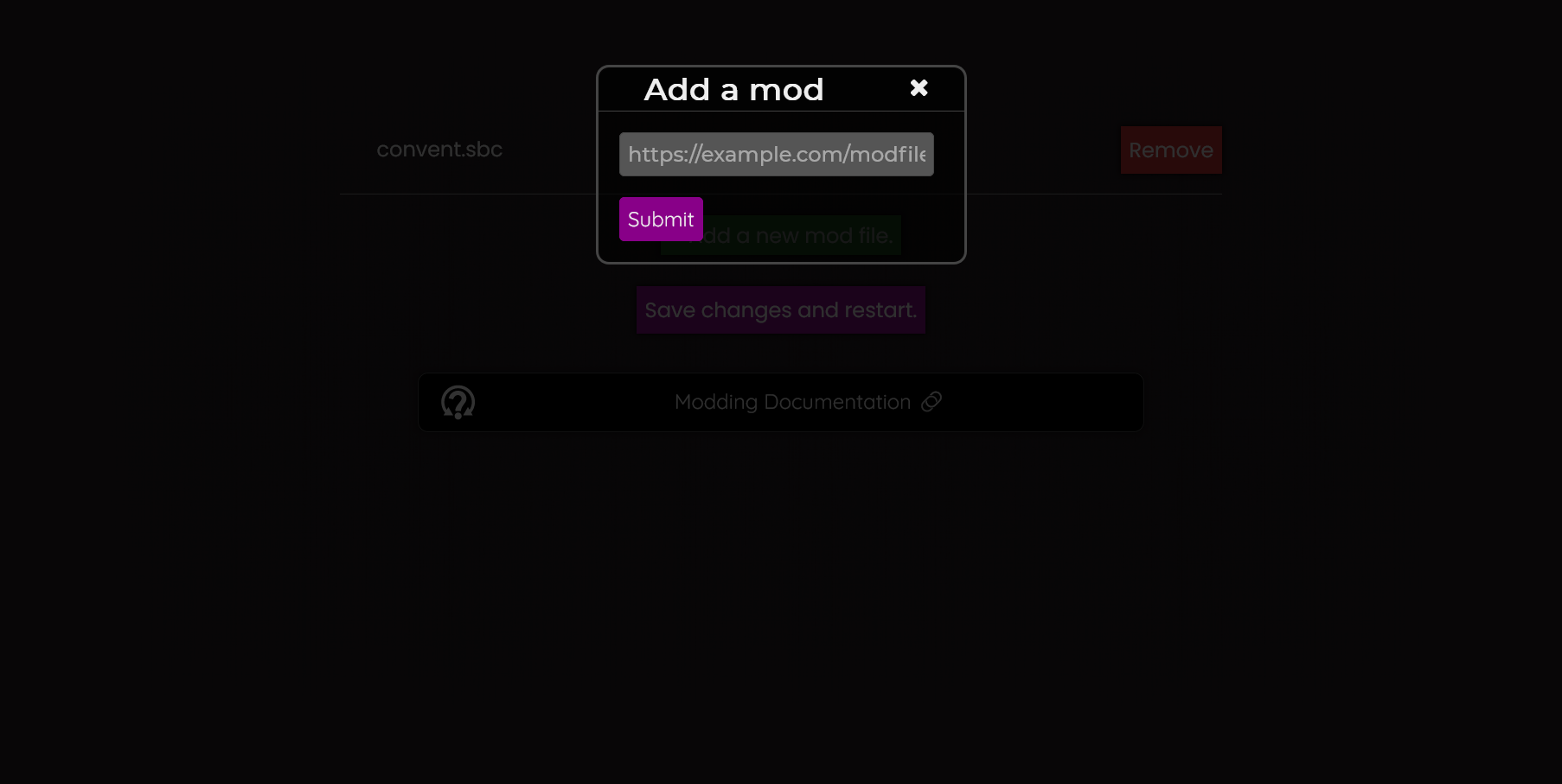 Mod support in the browser version is a little janky sometimes. If the mod menu seems to not be doing anything, you might need to restart the game. I’m trying to fix these issues.

URLs for mods for the web version:

Also, check out https://outsiderartisan.miraheze.org/wiki/Mods for a directory of mods! We have two fan-made mods available thanks to the talented player base, and honestly I think both are hot as fuck!